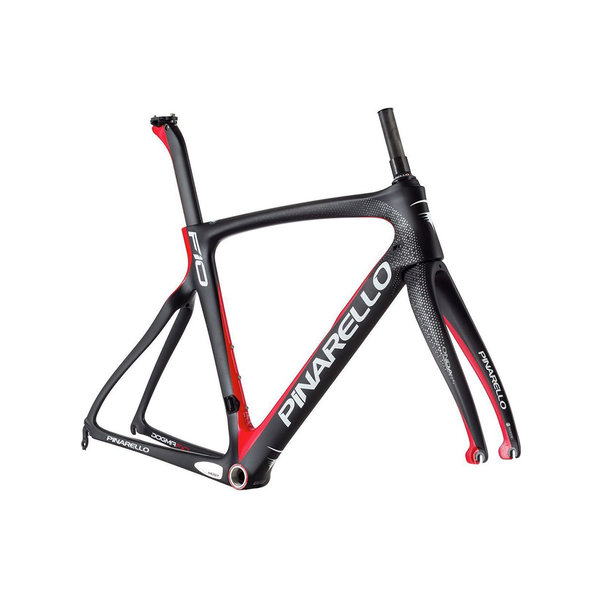 Pinarello never rests on its laurels. It’s a secret to their success and the why to the F10. The F8 that won the 2016 Tour de France and some 90 pro races is a great bike, but Pinarello knew they could do better. They started with the F8, crossed it with their Bolide time trial machine, went to the wind tunnel for road-specific shaping, used computer design to maximize carbon-ply placement, and the result is impressive.

The F10 is the fruit of the ‘same, but better’ approach Pinarello has been using. They knew the F8 geometry was dialed, so they could leave that. Pinarello takes pride in their balanced ride, and see that as a defining characteristic of their frames. They knew they wanted the frame to be lighter, stiffer, and more aero. So they analyzed the layup to figure out how to get more lateral stiffness with less material, and they analyzed the aerodynamics to figure out how to cut through the wind faster. And they had to reconcile the two so that the aero shaping helped improve stiffness while reducing weight.

With aerodynamics, they decided to focus on practical matters. Namely, making sure the bike was more aero with two bottles sitting in the main triangle. Improving the airflow around the bottles was the most important key to reducing drag. You’ll notice that the fork crown still nestles in a notch between the down and head tubes. And if you take a look at the fork tips, you’ll see extended material behind the tips. These are “fork flaps” in Pinarello jargon, and they smooth out airflow on the trailing edge of the tips. Below the fork, the downtube dramatically changes shape just where the top of the downtube bottle rests. The new shape shields not only the downtube bottle, but the seat tube bottle if it’s run on the lower mounting point (there are three bosses in the seat tube, use the lower two for this aero advantage). The result of the shaping work is that the area around the bottles is 12.6% more aerodynamic. Less dramatic but still important is the shaping around the head tube and the underside of the top tube. These are designed to smooth flow as well.

Pinarello is also known for their asymmetric designs. For them, that means slightly off-setting and re-shaping frame tubes so the frame is better able to resist torsional forces created by pedaling. The results are subtle enough not to see in pictures, but are obvious to the eye in person. The downtube is offset to the right, while the seat tube offset to the right, and even the stays are moved in that direction as well. Visually, the asymmetry of the seat stay yoke is surprising, but elegantly subtle.

Weight is one of those features that at the pro level is vital, yet limited as a result of minimum weight standards. The F10 is 55g lighter than the F8 in the 53 size. A drop of 6.29%. When Team Sky takes these bikes on the road, they need to add weight. You can take advantage of it, and should.

Pinarello keeps the frame aero by running cables, housing, wiring internally. If you run Shimano’s latest Di2, your E-Link can be accessible through a port in the downtube above the bottle-no need for a mount under your stem. All the necessary stops and plugs are included. The battery, if you go electronic with Di2 or Campagnolo EPS, goes in the seatpost.

The included aero seatpost itself is 350mm long, with a 25mm setback. The clamp can work with oval or round rails-make sure to heed the torque rating marked on the post. The post is secured to the frame as aerodynamically as possible, with two bolts behind the seat tube, called Twin Force Closure.

The frameset comes with headset, top cap and spacers. There are round and aero options. In both cases, there’s a 15mm top cap, two 10mm spacers, and one 5mm spacers. The aero option is designed to work with Pinarello’s MoST stem and/or integrated bar/stem combo. 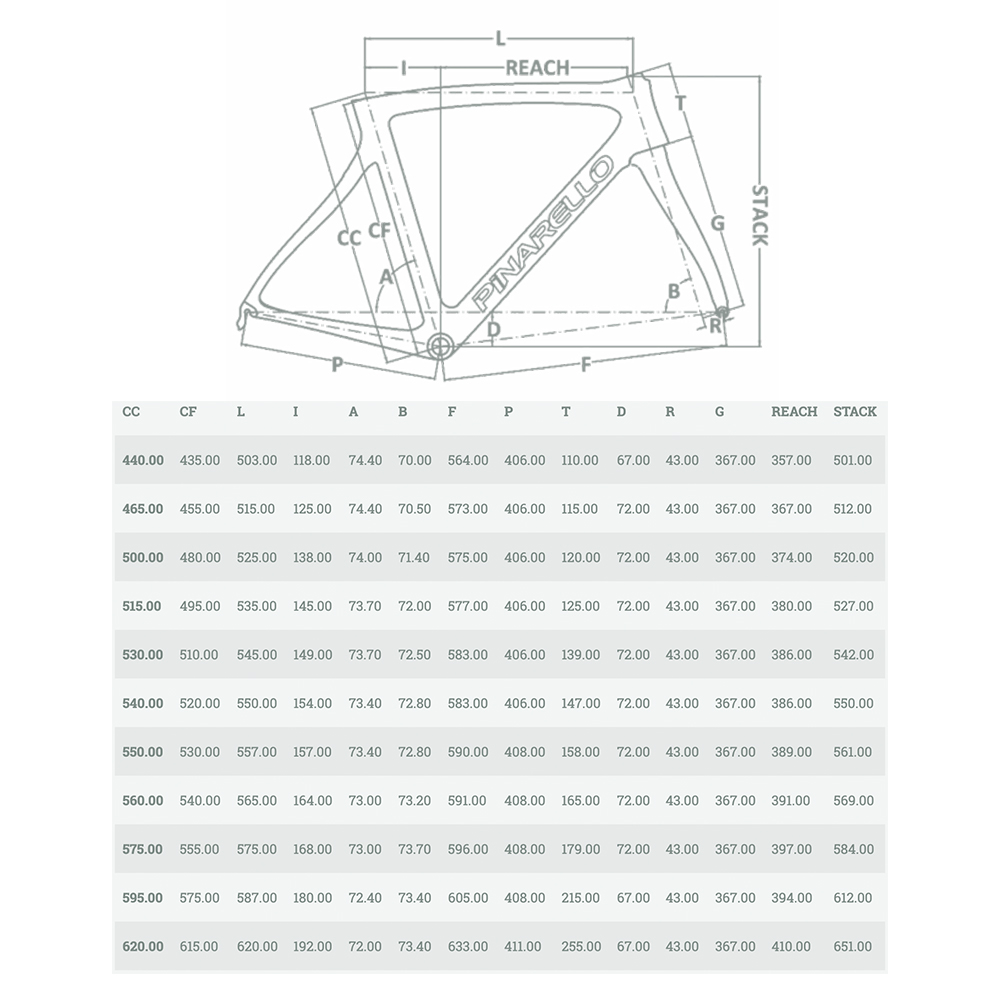